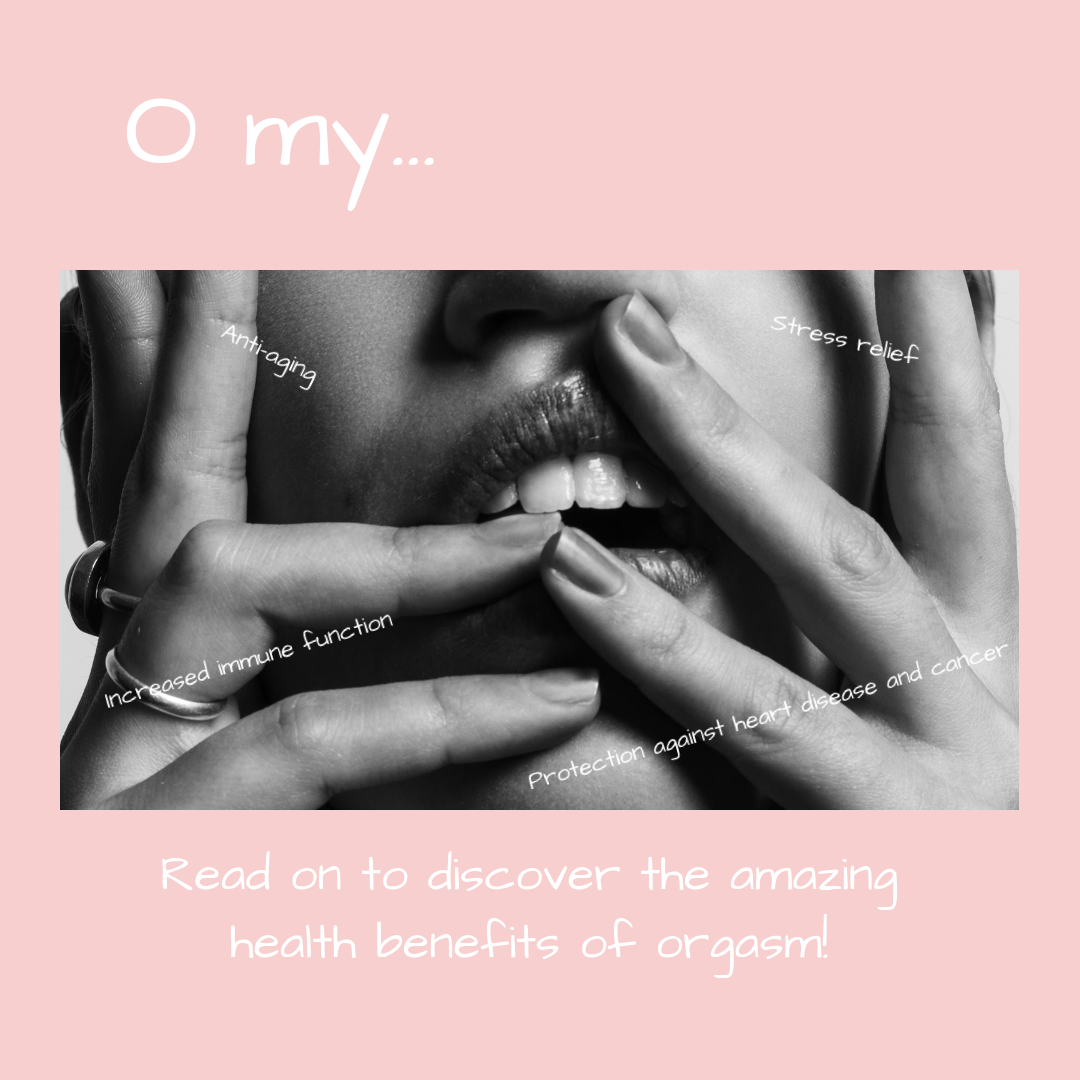 Let’s talk about how orgasms are not only a great part of a healthy sex life, but can absolutely contribute to improving to your overall health in several different ways.
Whether you are female or male, trying to get pregnant or not, you may be interested to know how orgasms can be so much more than pure pleasure. Here are some incredible ways that regular orgasms can contribute to your overall health:

Regular sexual activity with orgasm has been shown to improve neurogenesis (creation of new neurons) in the hippocampus of the brain. This can boost cognitive function by assisting your brain in actually forming new brain cells!
Other studies done with FMRI demonstrated that blood and nutrients are sent to 30 different areas of the brain during orgasm. This means an increased circulation to each of these areas that can keep your brain healthy.

There are heart disease and cancer preventing benefits from orgasm!
The American Journal of Cardiology published a 16 year span study that demonstrated that 40-70 yr olds sex once per week 50% less likely to die of heart disease. The risk of prostate cancer in men drops 33 % with orgasms that exceed 21 or more times per month according to a Harvard study of nearly 30,000 men. Studies demonstrate that women who have regular orgasms have a decreased risk of breast cancer. The biochemical reactions of orgasm have also been shown to boost IgA (an important part of your immune system) that can stave off infection and potential cancer cells.

Hormones and neurotransmitters released by orgasm can have beneficial effects on your entire system. Serotonin levels rise during and after orgasm, which can increase creativity and feelings of well-being. Oxytocin, a bonding hormone is released during orgasm as well. This not only increases relaxation and bonding with others, but also enhances your logical thinking and problem solving abilities.

Further hormonal benefits from the cascade of biochemical reactions that occur during and after orgasm include the activation of part of your immune system that protects against autoimmune disorders and places you in a more optimal state for fertility. DHEA which is an important precursor for other hormone production, is released during orgasm. This increase has anti-aging effects for your entire body and provides important fertility benefits. Even if you are not trying to conceive, a healthy reproductive system equals a healthy body overall.

The endorphins released are effective in reducing pain and also provide mental health benefits. Studies show that some migraine sufferers experience a reduction of symptoms from orgasm.

That post-orgasm glow is not just good for the moment! Studies show that anti-inflammatory biochemicals are released, which lead to age protection and protection from environmental toxins to your skin. Estrogen and testosterone released during orgasm also contribute to your appearance by enhancing your skin and hair health.

Don’t skip the gym, but sex can also count as a cardio activity and can burn up to around 200 calories! The American journal of cardiology reports that sex stacks up to a moderate treadmill workout and can serve as moderate strength training for your abs, glutes and thighs.

Finally, orgasm increases levels of prolactin and melatonin in men and women, which can lead to better sleep. Improved sleep prepares our brains and bodies for increased overall health.

Make time for you and your partner.. or just you today and enjoy the health benefits of the big O!

Lerner, B. et al. “Sexual Experience Promotes Adult Neurognenesis in the Hippocampus Despite an Initial Elevation in Stress hormone.” no. 5 (2010): 10.1371